Center of the Universe Brewing

To say that the Center of the Universe Brewing company lead the craft beer revolution is no understatement.  Brothers Chris and Phil Ray started brewing as a hobby in the small, storybook town of Ashland, Virginia years before craft became a thing. They opened the brewery in 2011, and, as many breweries have entered and left the market, COTU continues to brew award-winning beers with the philosophy that “it all revolves around the beer.”

We created an atypical design to reflect the eclectic nature of the brand. We also applied a unique theme to each beer page and added some funky animated Easter eggs throughout to add a whimsical element. Because COTU brews some of the best beer in the region, showcasing the beer was a must. A live feed of current beers on tap was integrated into the site, as well as, select photos of the beer seen in the wild. It was also important to alert users about special events, upcoming releases, and brewery hours so we applied design conventions to drive users to this relevant information. 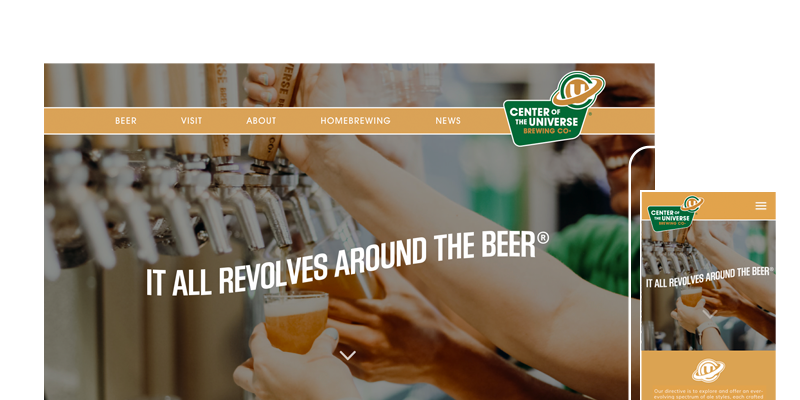 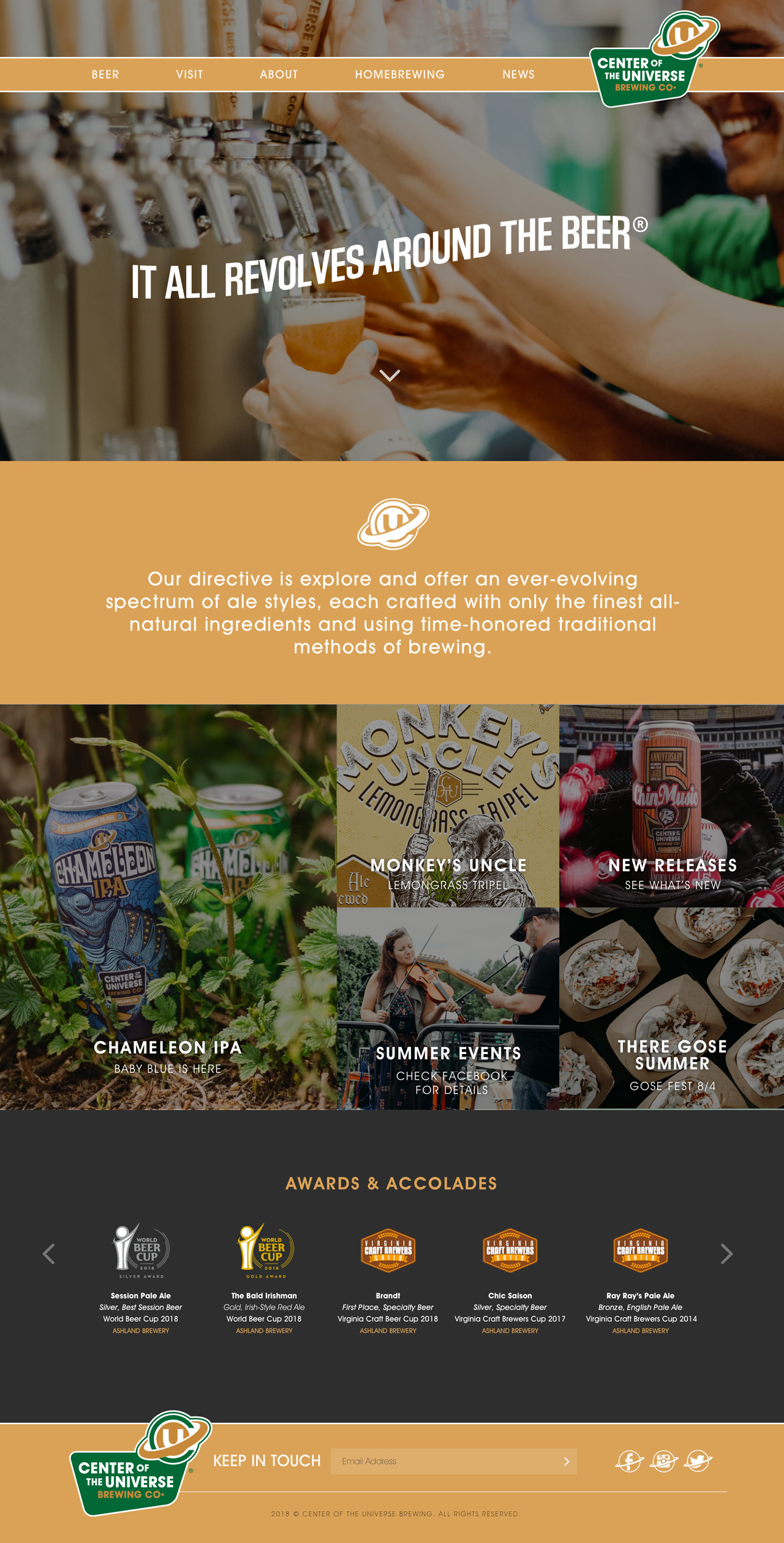